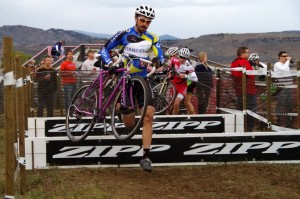 Daniel was diagnosed with diabetes in the middle of his 7th grade football season, at the age of 12. He had a doctor who was quick to point out that football practice would go a lot better once he was taking insulin, a point that quickly made him realize he wouldn’t be held back from sports due to a diagnosis. Daniel wrestled and played football through high school, but found cycling and skiing to be his passions while going to college in Colorado. After college he was able to race with Team Type 1 and won the Race Across America with them in 2010.

Daniel has never used an insulin pump, but recently started using a continuous glucose monitor for the second time. He likes the way basal-bolus insulin dosing has worked in managing his diabetes during activity. He has a degree in Exercise Science and a Masters degree in Human Nutrition, giving him great insight into the biology of exercising with diabetes and the effect food choices have on blood sugar. He works as a Health Coach and also relishes the opportunity to coach athletes.